The Society shall be called ‘The Qualicum Beach Memorial Golf Club’ hereinafter called ‘The Club’.

The fiscal year shall begin on the first day of March and end on the last day of February of each year.

All members shall be bound by these bylaws and the rules of the Club, both to the limitation of privileges enjoyed, if any, and penalties imposed.

No membership is transferable.

There shall be 5 classes of membership, to wit:

Intermediate members, in the fiscal year after attaining their 25th birthday, shall be required to take out regular membership with the initiation fee reduced in accordance with current policy.  The Board shall determine the rights and privileges of junior and intermediate members from time to time, but in no event shall they have voting rights.

Any member, who in the opinion of a majority of the Board, infringes the bylaws or rules of the Club, or is guilty of conduct injurious to the reputation, interest or good order of the club, may be suspended from membership for a length of time determined by the Board.

There shall be no refund of annual dues paid by the suspended member for the period of the fiscal year during which the suspension occurs. Should the suspension remain in effect at the beginning of a subsequent year, a billing for the annual dues shall be mailed to the member at the same time as the billings for regular members are mailed. This billing shall be calculated pro-rata on the basis of the number of days of the forthcoming year that the suspended member’s privileges shall be restored and this billing shall be payable within the normal thirty (30) day grace period.

No suspended member shall be granted the playing privileges accorded a green fee player while the suspension is in effect.  A member whose membership has been suspended under this clause may appeal such decision at the next regular meeting of the Board, if he or she gives written notice of such appeal to the Board

A member suspended by the Board must receive by mail at his or her last address provided to the Club the following:

Any member may be expelled from the Club for misconduct, or for not conforming to the rules and regulations of the Club, or for any good and valid reason, if two-thirds of the Board present at the meeting of the Board vote for the expulsion. The member’s privileges shall terminate forthwith and there shall be no refund of initiation or annual dues.

A member whose membership has been terminated under this clause may appeal such decision at the next regular meeting of the Board, if he or she gives written notice of such appeal to the Board.  A member expelled by the Board under these provisions, must receive by mail at his or her address provided to the Club, the following:

Subject to the provisions of the Society Act, the annual general meeting of the Club shall be held in the spring of each year, not more than fifteen (15) months after the previous annual meeting, at such time and place as determined by the Board.  All meetings of members shall be called by the President or, in his/her absence, the Vice-President of the Club.  At least fourteen (14) days before the date of the meeting, notice of time and place of any annual meeting shall be mailed to each regular member at his or her last address provided to the Club.

The business at an annual general meeting shall be:

Vote by proxy shall not be allowed at the annual meeting or any meeting of members. Each member shall be entitled to one vote.  Regular members only are entitled to notice of general meetings and to vote thereat.

A quorum for the transaction of business at any general meeting shall consist of 10% of the regular membership.

Subject to the provisions of the Society Act, the Board on fourteen (14) days’ notice may call general meetings of the members at any time by mailing a copy of a notice of the meeting to each regular member.  Requisition for General Meeting

The governance and management of the Club shall be vested in a Board of Directors consisting of a President, a Vice-President, an Immediate  Past-President  and five (5) Directors. No officer or director shall be entitled to any fee, salary or remuneration unless the members authorize such fee, salary or remuneration.  The Immediate Past-President shall not have voting privileges.  Each Director and officer of the Society shall be a regular member in good standing.

There shall be a Nominating committee of not less than three members of the Club who shall be appointed by the Board at least ten (10) weeks prior to the holding of the annual general meeting. Unless altered by a majority vote of the Board for the current year only, the committee shall normally, at the minimum, be composed of the Past President and two members at large. The committee so appointed shall submit its report to the Board at least thirty (30) days prior to the date set for the annual meeting. This report shall list the names of members willing to stand for election to the Board at the annual meeting.

A list of nominees shall be posted in the clubhouse not less than twenty-one (21) days before the annual meeting date.

Nominations shall be closed and names submitted to the Board not less than seven (7) days before the annual general meeting. A list of those nominated shall be    provided for each member present at the meeting with a note indicating the number of directors to be elected. The election shall take place at the annual general meeting, and the vote shall be by ballot. The Chair shall appoint two (2) scrutineers who shall advise the assembly of the names of the candidates elected.

At annual meetings the following officers shall be elected:

The outgoing President shall become an ex-officio member of the Board without voting privileges.

17. REMOVAL OF DIRECTORS AND VACANCIES

18. DUTIES OF THE PRESIDENT AND VICE-PRESIDENT

The Club in accordance with the terms of a written contract shall retain a manager and/or golf professional.

At the annual meeting of the Club, the Board shall recommend an auditor to members who shall vote to appoint an auditor for the ensuing fiscal year. If an auditor is not appointed at the annual general meeting, the Directors shall appoint an auditor not later than one month prior to the next annual meeting.  An auditor may be removed by ordinary resolution.  An auditor shall be informed forthwith in writing of appointment or removal.  The auditor may attend general meetings.  No Director and no employee of the Club shall be auditor.

The Board may at any time fix an initiation fee. Members shall be required to pay the amount of annual dues as determined by the Board for each class of membership. Members’ dues may be increased or decreased annually and the Board may change green fees at any time.

Four members of the Board shall constitute a quorum.

Every Director of the Club shall be deemed to have assumed office on the express condition that the Club shall indemnify every Director and his or her heirs and personal representatives against all costs, charges and expenses which such Director actually and reasonably incurs in or about any action, suit or proceedings related to Club business which are brought, commenced or prosecuted against him or her in respect of any act, or omission, done or permitted by him or her in the execution of his or her duties as a Director except when such costs, charges and expenses are occasioned by his or her willful neglect or default, all of which is subject to the Society Act.

The Board shall have power to appoint such committees as it may deem advisable and desirable and prescribe their duties:  to fill vacancies that may occur in any office; to enforce penalties for the violation of the bylaws or rules made by the Board; to call special meetings of the Club; to make and execute contracts in the name of the Club or authorize its officers or committees so to do; to appoint or dismiss any officer of the Club. It shall present at each annual meeting of the Club a financial statement and a report showing the financial condition, resources and obligations of the Club and make such recommendations as to its welfare as it may deem proper. It shall have power to make rules and regulations and to do all other things that it may deem necessary for the proper operation, governing and management of the Club.

The Board shall have the power to make contract, negotiate loans, sign and execute cheques, notes, mortgages, transfers, bills of sale, receipts and releases on behalf of the Club and to have complete charge and control of the Club and the administration of its affairs.

The President and Vice-President shall be ex-officio members of all committees that may be appointed by the Board from time to time.  The Board may appoint persons to committees who are not Directors but who shall be members of the Club.  No committee shall incur any expense without the authority of the Board.  All committee recommendations are only in force after receipt of Board approval.

In order to carry out the purposes of the Club the Directors may, on behalf of and in the name of the Club, raise or secure the payment or repayment of money in the manner they decide, and, in particular but without limiting the foregoing, by the issue of debentures. No debenture shall be issued without the sanction of a special resolution. The members may by special resolution restrict the borrowing powers of the Directors, but a restriction imposed expires at the next annual general meeting.

The game of golf shall be played according to the rules adopted from time to time by the Royal and Ancient Club of St. Andrews, except insofar as the Directors of the Club supplement them.

Except as otherwise provided in these bylaws, all meetings of the Club shall be conducted in accordance with “Robert’s Rules of Order – Revised”.

On all questions of interpretation of these bylaws the decision of the Board shall be final unless overruled by the members at a general meeting. All notices shall be considered given if posted to each member at the mailing address appearing on the register of the Club.

Any change to the Constitution or Bylaws shall not be repealed or altered or added to except by a special resolution of the Club with a seventy five percent (75%) majority vote passed by the members present and entitled to vote at a general meeting.

The Seal of the Club shall be held in the custody of such officer as may be designated from time to time by the Board and shall be used only upon the direction of the Board.

Members are in good standing if their current year membership dues are paid in full and are not serving a suspension for misconduct.

On the winding up of and/or dissolution of the Club, any assets remaining after all debts have been paid, or provisions for payment made, including to the extent financially feasible, the refund to regular members of all, or a portion of, the prorata share of their prepaid dues for the balance of the golf season, shall be transferred to the Town of Qualicum Beach. 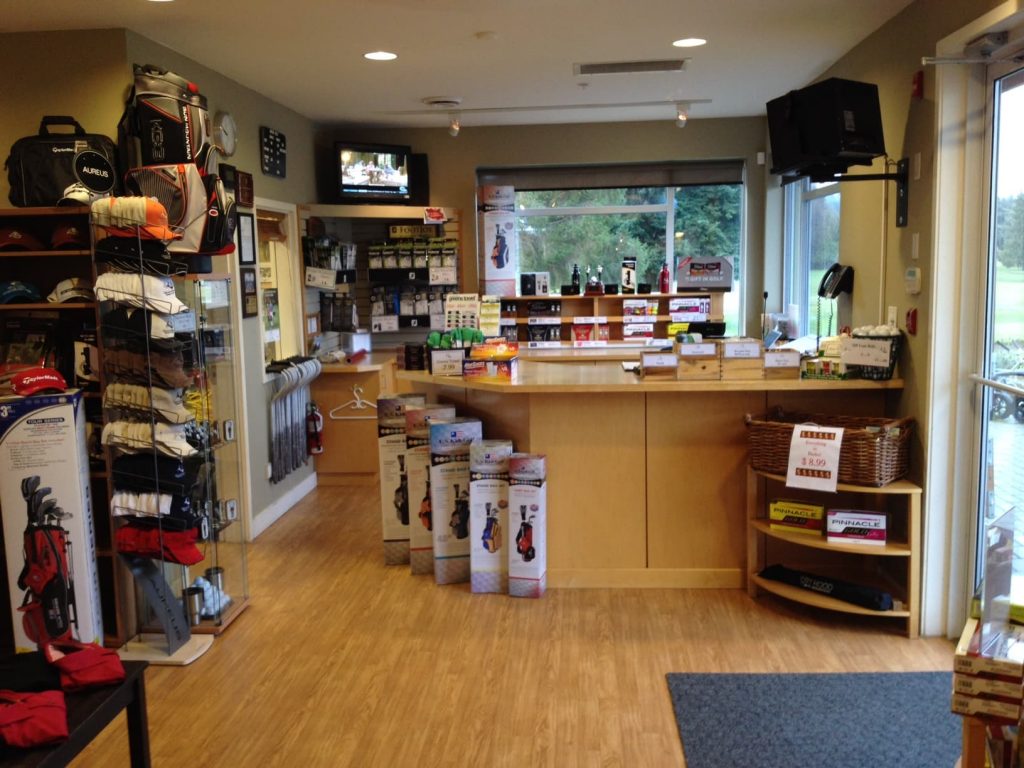